Ryan Nelsen will be announced as head coach of MLS' Toronto FC on Tuesday.

Share All sharing options for: Nelsen to coach Toronto FC

It seems as if the rumors are true, and that Ryan Nelsen (blog favorite from his title-winning days at DC United) will be named the head coach of MLS' Toronto FC

Toronto FC is set to relieve Paul Mariner of his duties as head coach, and will replace him with New Zealand international and former D.C. United defender Ryan Nelsen, sources confirmed to SBI on Monday. Nelsen is expected to be introduced as the team’s new head coach as early as Tuesday.

This will come as a blow to Nelsen's current team, Queens Park Rangers. On a team shy of good defenders, he's been a steady force for QPR. Everyone knew that Harry Redknapp was going to dip into the transfer market (if not dive) and replacing the center back will be a first priority.

In the meantime, Stephane Mbia can move back out of midfield. But combine that with Samba Diakite's leaving for the African Cup of Nations and now Rangers have another problem in the middle of the park, not the back. Though they should be able to cope with the likes of Alejandro Faurlín and Esteban Granero, two of their most talented players, Ji-Sung Park and Shaun Derry able to play there.

UPDATE: Surely I'm not the only bothered by this resemblance: 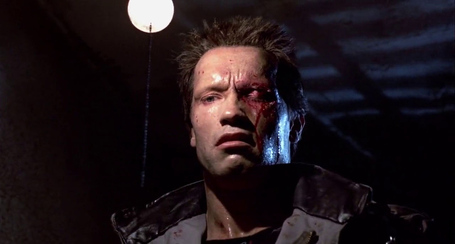 UPDATE AGAIN: It seems as if Nelsen may play out his contract with QPR, and not return to TFC until May! As preposterous as that sounds for his new employers.

Nelsen admits that due to knee and ankle issues, his playing time is winding down, and that he will have to have discussions with manager Harry Redknapp and owner Tony Fernandes about his status at QPR, but what a mess. As SBNation's Jeremiah Oshan puts it:

Considering my editors would prefer me to keep this a family friendly conversation, I'll just say that the entire thing seems to be a colossal "cluster-mess."

When Kevin Payne was lured over from D.C. United to run TFC, that was supposed to mark the beginning of a new era in Toronto. The "grown-ups" had supposedly taken over. The days of ever-changing philosophies were supposed to be a thing of the past, replaced by the stability that a MLS veteran promised to bring.

Obviously, there's still room for this to work out, but you'll pardon the MLS-watching world if TFC has lost anything close to benefit of the doubt.

Even if Nelsen is somehow convinced to bail on QPR before June, that only marginally addresses the issue.

In Toronto FC's release announcing the move, it says they are still in discussions regarding Nelsen's start date. But that only helps lead to the sense that this was a very poorly managed situation. Shouldn't that have been one of Payne's stipulations when he made the hire? Shouldn't he, at the very least, know when his new coach is going to take over?